There was once a big cave.

Then the hunter ran back to the village where he lived and told the people about the crocodile. "As I aimed at him I became blind. The arrow fell out of my bow and then I could see again," he said.

The people of the village did not believe him. Many of them took their bows and arrows and went off to the cave. They saw the crocodile. He was lying in the sun near the cave. They aimed at him and became blind.

"Take your arrows from your bows," the hunter cried. They did so and could see again! It was clear that the crocodile was a magic crocodile.

"No man can kill me," thought the happy crocodile and went back to the cave. The other animals in the cave were happy, too. The magic crocodile did not let the hunters kill them and of course. They said "thank you" to the crocodile. Many young men came to the cave and tried to kill the crocodile. But nobody could do it with bows and arrows. In those days hunters knew nothing about the guns. The first hunter with a gun in his hands killed our crocodile. The crocodile's magic worked only against bows and arrows. It did not work against guns. 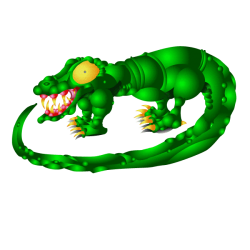 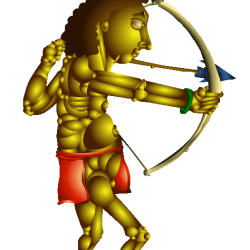 Hunter with bow and arrow 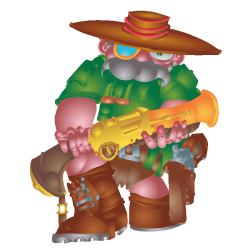 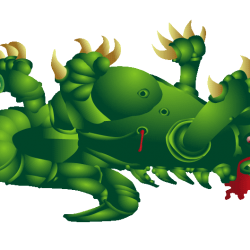